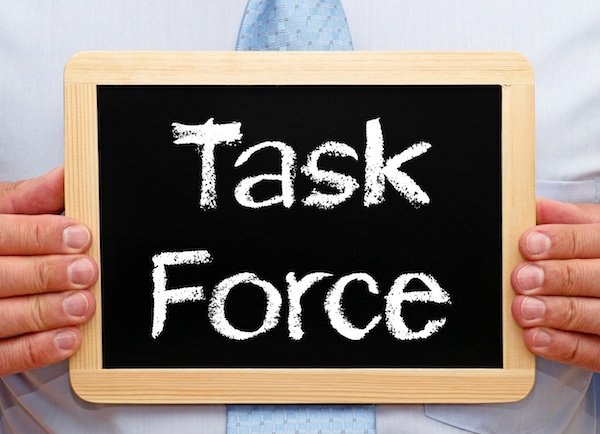 AIIM and nine leading companies on the content and information management space have been working with noted author Geoffrey Moore (Dealing with Darwin, Crossing the Chasm, Inside the Tornado, The Gorilla Game and Living on the Fault Line) over the past 3 months to develop a consistent vision of the future of content management.

The Task Force findings speak for themselves -- we look forward to the discussion they will create. I'd also like to get some discussion going on this blog.

Clearly the former (Systems of Record) is "post-chasm" -- a mainstream market in which the focus is now on platforms and standardization and quantifying ROI. The core customer is IT. Risk minimization and cost minimization through process automation are the core. Systems of Record have become a necessary piece of core infrastructure for organizations of any scale. This is the world of Enterprise Content Management.

On the other hand, Systems of Engagement are clearly "pre-chasm." The "business," not IT is driving them. ROI is not a driving force and is not even addressing the right question. For Systems of Engagement, the core questions are revenue focused rather than expense focused. How do I enable my knowledge workers to design and redesign processes quickly? How do I engage customers in meaningful dialogue? How do I implement social solutions...1) quickly; 2) responsibly; and 3) in the context of a meaningful business purpose? This is the world of Social Business Systems.

As background to all of this, here are a few of my thoughts on the past -- and future -- of the content management.

In the early pre-chasm stages of Systems of Record, success in the vendor community was achieved by focusing on particular pain-intensive processes of mission importance to specific departments (i.e., Documentum and new drug applications). The core customer was the business, often at odds with IT.

The net result was the creation of information silos particular to specific problems and departments. Solutions were expensive and complicated, but that wasn't important because a) the specific problem was so enormous and the benefit received was great; b) the number of people who needed to use the solutions was small; c) the core customer was departments with Global 2000 companies (or their equivalent in government).

As the market matured four things happened to change the economics and structure of the market for systems of record solutions and help move this market across the chasm.

The net-net of this was rapid consolidation of the supplier community. At least at the Global 2000 level, ECM technologies (which previously had never really been enterprise solutions despite the name) came to be viewed as a core platform in the enterprise stack. User frustration with disconnected information silos (which could not be ripped out because they were performing mission critical document-centric processes) created pressure for CMIS. The core ECM players struggled with whether to play in this new enterprise platform space or to become application players. The core customer for ECM within Global 2000 companies shifted from the business to IT. The mainstreaming of the platform market created fertile ground for the emergence of open source solutions.

The entry of SharePoint into the market brought document technologies into the range of SME organizations, particular in the context of basic document and collaboration capabilities (i.e., as a replacement for shared drives and project team collaboration).  A new content/document market opened up in SME organizations. This was very similar to the initial pre-chasm ECM market (i.e., a focus on core and departmental applications), with the primary difference that the core customer in this case was also IT. As awareness of the true cost and complexity of SharePoint has grown in the SME market, a disruptive "sub-wave" has emerged in the form of cloud-based document solutions (Box.net, Dropbox, Google Apps).

We are on the verge of another massive market disruption, driven by the following factors:1. The most significant economic challenge of the past 50 years;2. The bleed of consumer technologies (and the expectations they carry) into the enterprise; and3. The proliferation of mobile technologies and availability of bandwidth.

According to Gartner, in absolute dollars, most organizations spend less today on IT than they did in 2008. Gartner believes that through 2015 a recession-era mentality of paying for future investments from the cost savings obtained from existing IT operations will prevail.

The net-net of the above is that CEOs are forcing a shift in NEW IT spending away from core process automation and risk mitigation and toward: 1) greater business responsiveness and dexterity; and 2) customer engagement.

The key technologies (Systems of Engagement) at the heart of this transition are social and collaborative in nature (Social Business Systems). They are largely pre-chasm in terms of maturity. Successful use cases are largely undefined and organizations are pushing implementation not because the ROI of doing so has been established, but because they feel they can gain competitive early mover advantage. The core customers are on the business side, with IT often resisting adoption.

The key to driving greater business dexterity and responsiveness is pushing greater productivity and decision speed among the middle tier of knowledge workers in organizations. Earlier spending on systems of record largely benefitted the "top" of the organization by providing consistent reporting and eliminated headcount at the "bottom" of the organization by automating previously manual processes.
Most of this spending left knowledge workers largely untouched. With the exception of providing computing, bandwidth, and the Office suite, organizations did little to improve how knowledge workers share information or speed business decisions. Social Business Systems within the firewall (among employees) or through the firewall (with partners) has the potential to dramatically improve flexibility and responsiveness and thus drive business growth and innovation. This trend will accelerate with the entry of Millennials into the workforce.

At the same time, social content outside the firewall is redefining the nature of customer relationships. Often driven by marketing, organizations are using public networks like Facebook and Twitter and Linked In to engage customers, usually with little or no thought as to how this will integrate with existing back-end systems of record.

Core customers of both of the above are on the business side. Solutions are often implemented around rather than through the IT department. There is little relationship between what is going on in either of these situations and legacy systems of record.

The challenge for AIIM (and for those in the ECM space) is threefold:

It's going to be an interesting ride.