Big Data, Operation Narwhal, Project Orca and the Election of a President

OK. We all swore on Election Day that we didn't want to hear one more word about anything to do with the Presidential election. Living in a swing state (Virginia), we were treated to an endless onslaught of horrendous negative ads from both candidates, plus at least 5-10 robo-calls per day. The calls were not lost on kids as young as first graders. A friend of ours who teaches first grade reported that a student came in one morning, very excited, and reported, "Ms. Willis, you won't believe it. We got a personal phone call at home last night from BOTH Mitt Romney and Barack Obama."

There is a story, though, that still needs more coverage. And that story is the role that technology played in the election. More specifically, how social technologies, big data, text analytics, and the integration of all of the above with plain old feet on the ground impacted the election.

One thing is clear regardless of political preference, the Obama folks ("Operation Narwhal") outplayed the Romney folks ("Project Orca"). Per Jed Wylie, a couple of data points to consider:

But the story goes beyond this. The full story includes the marriage of analytics, email marketing, social presence, and execution in the field via mobile technologies. I should also say that this post is NOT intended as a political post, but as a TECHNOLOGY post. Friends that know me know that I have THE most dysfunctional and schizophrenic presidential voting history imaginable. [Hint: I voted for John Anderson in 1980.]

Last week, AIIM's Executive Leadership Council enjoyed presentations focused on Big Data, and more specifically, the intersection between execution and analytics. These presentations (along with a previous set in Europe), will be the basis for a white paper early next year.

All this Big Data talk got me interested in finding more about what actually went on in the Presidential election. Here are a few of the best stories I have found. Enjoy. If I've missed a good article, post the link in the comments, and I'll add it to the original post.

The Narwhal and the Orca

By Mike Loukides for O'Reilly Radar

Best line: "If you follow technology, you don’t have to read between the lines much to realize that Narwhal embodied the best of the DevOps movement: rapid iteration, minimal barriers between developers and operations staff, heavy use of “cloud” technology, and constant testing to prove that you can handle outages and heavy load. In contrast, Romney’s Orca was a traditional corporate IT project gone bad."

When the Nerds Go Marching In

By Alexis C. Madrigal for The Atlantic

This article by Alexis Madrigal is the most detailed analysis I've seen of the Obama efforts.

Best line: "Orca was supposed to be the Republican answer to Obama's perceived tech advantage. In the days leading up to the election, the Romney campaign pushed its (not-so) secret weapon as the answer to the Democrats' vaunted ground game. The billing the Republicans gave the tool confused almost everyone inside the Obama campaign. Narwhal wasn't an app for a smartphone. It was the architecture of the company's sophisticated data operation. Narwhal unified what Obama for America knew about voters, canvassers, event-goers, and phone-bankers, and it did it in real-time. From the descriptions of the Romney camp's software that were available then and now, Orca was not even in the same category as Narwhal. It was like touting the iPad as a Facebook killer, or comparing a GPS device to an engine."

ORCA, meet Narwhal. This is how it’s done.

Best line: "The Democrats’ Operation Narwhal had field offices and volunteers locally in each of the 50 states. While many Republicans laughed at the Obama Event Registry, and “Have dinner with Michelle and Barack,” the Democrats were collecting email addresses and demographic data so that they could target people with specific emails on specific issues. On election day, they turned out the vote. And the Republicans, we got ORCA. Beaten and eaten by a grown-up Flipper."

By Sasha Issenberg for Slate

Note the date on this post. Sasha Issenberg wins my "pre-cog" (for Phillip Dick fans) award.

Best line: "This year...as part of a project code-named Narwhal, Obama’s team is working to link once completely separate repositories of information so that every fact gathered about a voter is available to every arm of the campaign. Such information-sharing would allow the person who crafts a provocative email about contraception to send it only to women with whom canvassers have personally discussed reproductive views or whom data-mining targeters have pinpointed as likely to be friendly to Obama’s views on the issue. From a technological perspective, the 2012 campaign will look to many voters much the same as 2008 did...This year’s looming innovations in campaign mechanics will be imperceptible to the electorate, and the engineers at Obama’s Chicago headquarters racing to complete Narwhal in time for the fall election season may be at work at one of the most important. If successful, Narwhal would fuse the multiple identities of the engaged citizen—the online activist, the offline voter, the donor, the volunteer—into a single, unified political profile."

The day a Narwhal killed an Orca

By Bob Waters for his Watersblogged blog

This piece is by a Republican poll watcher and describes the problems experienced in the field by those trying to use Orca.

Best line: "In theory, on Election Day, we would be using tactical nukes against Narwhal's ground troops. They would never know what hit them. In practice - as first tries of technologically complicated systems usually are - Orca was a disaster."

Everything We Know (So Far) About Obama’s Big Data Tactics

By Lois Beckett for ProPublica

Good background on the integration of public consumer behavior databases with voting records.

Article is by Marc A. Thiessen from the American Enterprise Institute

Best line: "How on earth did Barack Obama, the community organizer, harness the power of data in the 2012 election like a Bain Capital numbers-cruncher, while Mitt Romney’s data-mining effort crashed and burned like, well, Solyndra?...In the coming months, Republicans will spend a lot of time studying why they lost and debating whether they should reposition themselves on issues like immigration. Those are discussions worth having. But they won’t matter one iota if the GOP can’t find a way to join the Democrats in the information age. In 2012, the Republicans were like a bag phone to Obama’s iPhone — when they needed to be a Samsung."

By Michael Scherer for Time

Best line: "But from the beginning, campaign manager Jim Messina had promised a totally different, metric-driven kind of campaign in which politics was the goal but, political instincts might not be the means. 'We are going to measure every single thing in this campaign,' he said after taking the job. He hired an analytics department five times as large as that of the 2008 operation, with an official 'chief scientist' for the Chicago headquarters named Rayid Ghani, who in a previous life crunched huge data sets to, among other things, maximize the efficiency of supermarket sales promotions."

Under the Hood of Team Obama’s Tech Operation

By Tim Murphy for Mother Jones

Best line: "Using digital analytics, Team Obama was likewise able to squeeze every last cent out of supporters in ways unimaginable only four years ago. In 2008, with the help of a Google alum named Dan Siroker, the campaign had begun using A/B testing—sending variations of an email or a web page to different groups of people to measure the relative effectiveness of each. In the latest election cycle, that ethos extended to pretty much everything the campaign did, from fundraising emails (sent out in 26 varieties and then analyzed for patterns) to the online donation landing page. By turning its donation process into four steps instead of a single long-form, the campaign boosted fundraising from its donations page by 15 percent."

Nate Silver's Five Thirty Eight blog has a host of data-centric posts on politics. Worth looking at. 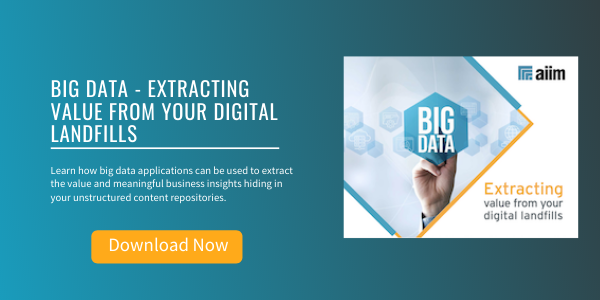