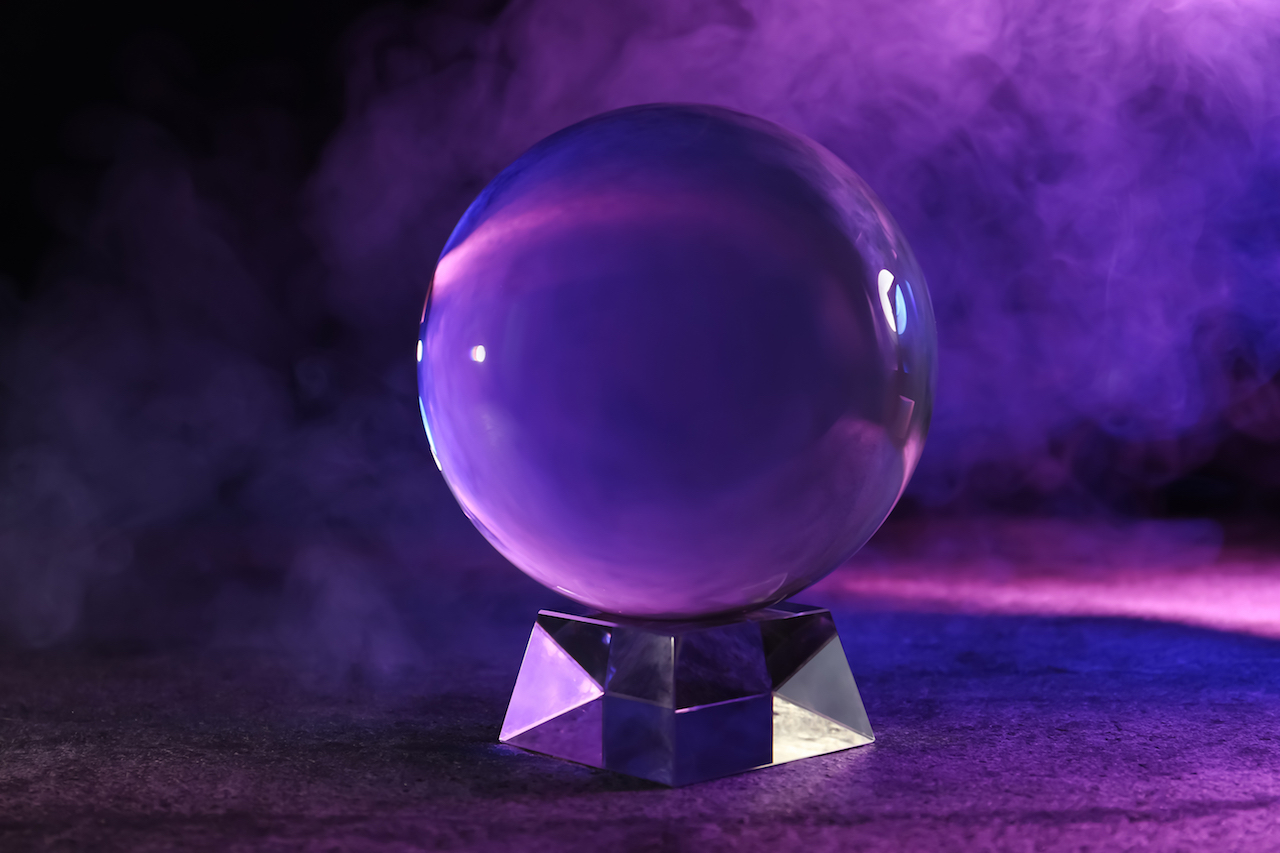 As the AIIM team and I put the finishing touches on AIIM21: a galactic digital experience, our attention is laser-focused on the educational content we bring to this year's participants. We take our upskilling and uplifting responsibilities pretty seriously around here, believing that we have an outsized obligation to move the industry and the community up the business value chain. We know that Information Management leaders of the future rely on AIIM for knowledge and insight.

In guiding and prepping the event partners and educators, I revisited an article that AIIM21 keynote speaker, Tom Koulopoulos wrote six years ago. Tom is no stranger to AIIM, having presented at our 2015 conference in San Diego. Here's a picture of him from that event: 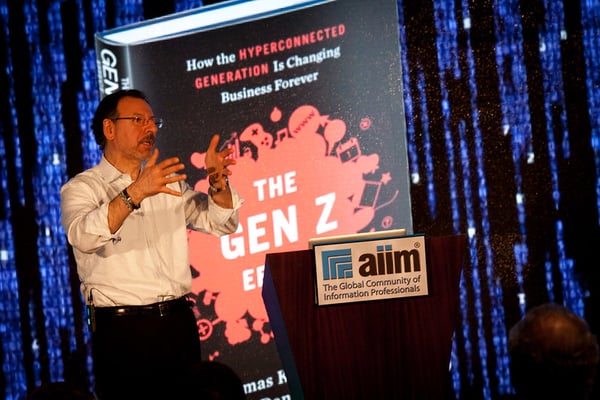 In the article, Tom offers five predictions for business and technology in the twenty years hence. As we welcome him back to the conference keynote stage, let's take a quick trip back in time to revisit Tom's original forecast from 2015.

The following text is reprinted from Tom's 2015 article, The Gravity of Future.

Five Predictions for the Next Twenty Years

I’ll give you five examples of changes that will happen in the next twenty years, from my upcoming book The Gen Z Effect, that are already slingshotting us into the future:

The days of winning through protecting IP are numbered. Elon Musk already sounded the siren in a brilliant move to alter policy by altering business practice when he announced that Tesla would not sue anyone for the fair use of their patents. The world is moving much too fast to expect that we can innovate through the closed-minded behaviors that got us here. Could you survive if your IP wasn’t protected?

2. The Death of Retirement

50% of all Millenials and Gen Zers plan to be self-employed. Retirement is history. Every Knowledge worker will need to build their own brand to sustain themselves for life. We’ll have seven generations working side by side by 2050. Good luck if you’re still trying to figure out how to get Matures and Millenials to work together. How will you create an organization that can handle seven simultaneous generations of employees, partners, prospects, and customers?

3. Higher Education Will Crumble Under its Own Weight

Trillion dollar debt load on students and their parents. Open classrooms for anyone with a mobile device anywhere on the planet. Research funded by the crowd. The Ivy is tightening its grip over its brick ensconced hallowed halls and cutting off the oxygen of traditional classroom/instructor-based higher education. Starbucks is paying for the online education of its employees-but not brick and mortar education. How will you educate, and re-educate, lifetime employees?

4. We Will No Longer Understand How Computers Work

The promise of artificial intelligence has always been measured against how well a computer can think like a human. It’s called the Turing test, and it recently passed the level of a 13 year-old, but it’s not human intelligence that computers will mimic. The real shift will occur when computers think in ways we can’t even begin to understand. It’s already happening on Wall Street with high-frequency trading. Over the course of the last seven years hyper-fast algorithms have taken over Wall Street and their behaviors have confounded analysts. Is your organization smarter than a 13-year-old?

5. Half of All New Cars Will be Self-Driving.

We fear them and chuckle at them as a curiosity today. But, self-driving cars are like dishwashers or washing machines; once you get another month of your life handed over to you you’ll never, ever think of giving it back. What we fail to appreciate in any disruptive change is that the way we value a technology in the future changes faster than the sum of our fears about it. What would you do with another month in the year?

It's Not the End of History, It Just Feels That Way

I can hear you now, “Within twenty years! Really?” That’s OK, it’s completely normal; we always put ourselves at the end of history -- it’s what humanity does best, repeatedly. Each generation sees itself as the pinnacle of civilization. Their model of the world, their science, their society, are always the best there can be. Each one has been wrong. We are no different. If history has taught us anything it’s that we’re never at the end of history. We’re really always at the beginning.

How have Tom's projections held up so far? What new insights will spring from his current divinations?

A few weeks ago, Tom and I met to discuss the current state of the Intelligent Information Management practice, his latest research/writing, and the most meaningful way to bring the two together in a keynote session at AIIM21. Without revealing too much of Tom's intentions and his message, I can tell you that these are the things he's got top of mind:

Many authors and speakers call themselves futurists and visionaries. Our goal in bringing Tom back as an AIIM conference keynoter/educator is to provide you with clarity on the megatrends of the twenty-first century so that you can see clearly into the forces shaping you and your information-driven organization. 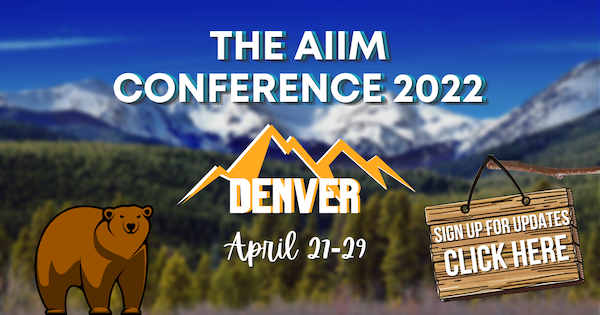 With years of program, product, and business development experience, Peggy Winton is responsible for the strategic, technical, and business direction of AIIM. Peggy believes that every organization is on – or should be on – a digital transformation journey. And, at the heart of this journey is the drive toward understanding, anticipating, and redefining internal and external customer experiences. Winton joined AIIM in January, 2002 directly from Computer Sciences Corporation (CSC), where she served as Business Developer and strategist for the Consulting Group. Prior to CSC, Winton was Vice President and Chief Operating Officer for TTM, Inc., an international firm specializing in digital and cooperative marketing programs for tourism development. She earned a Bachelor's degree fromRandolph-Macon Woman's College (now Randolph College) and a Master's degree from the University of Maryland. Winton enjoys a reputation as a persuasive and engaging communicator, cross-functional team leader, and public speaker/author.